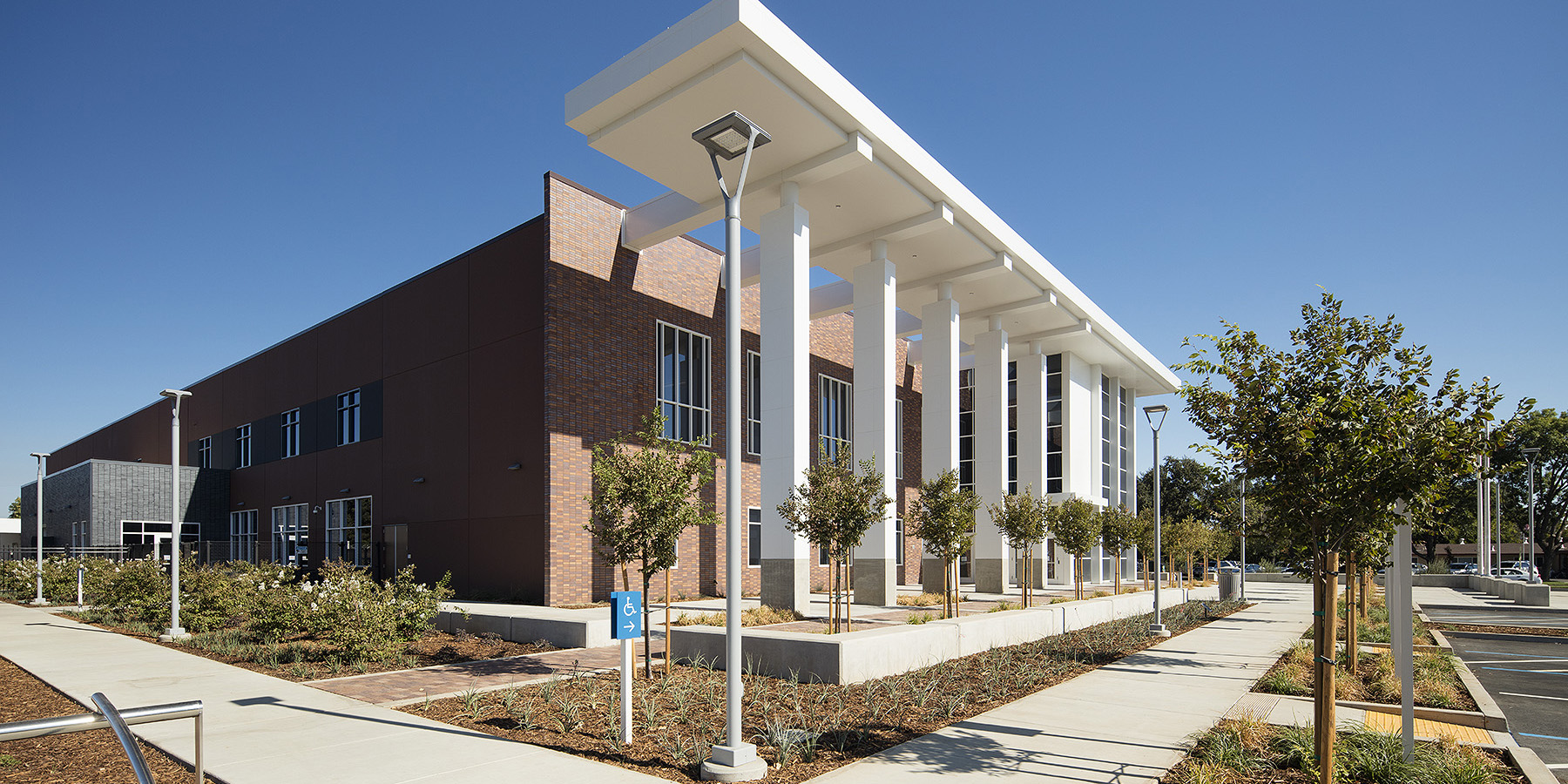 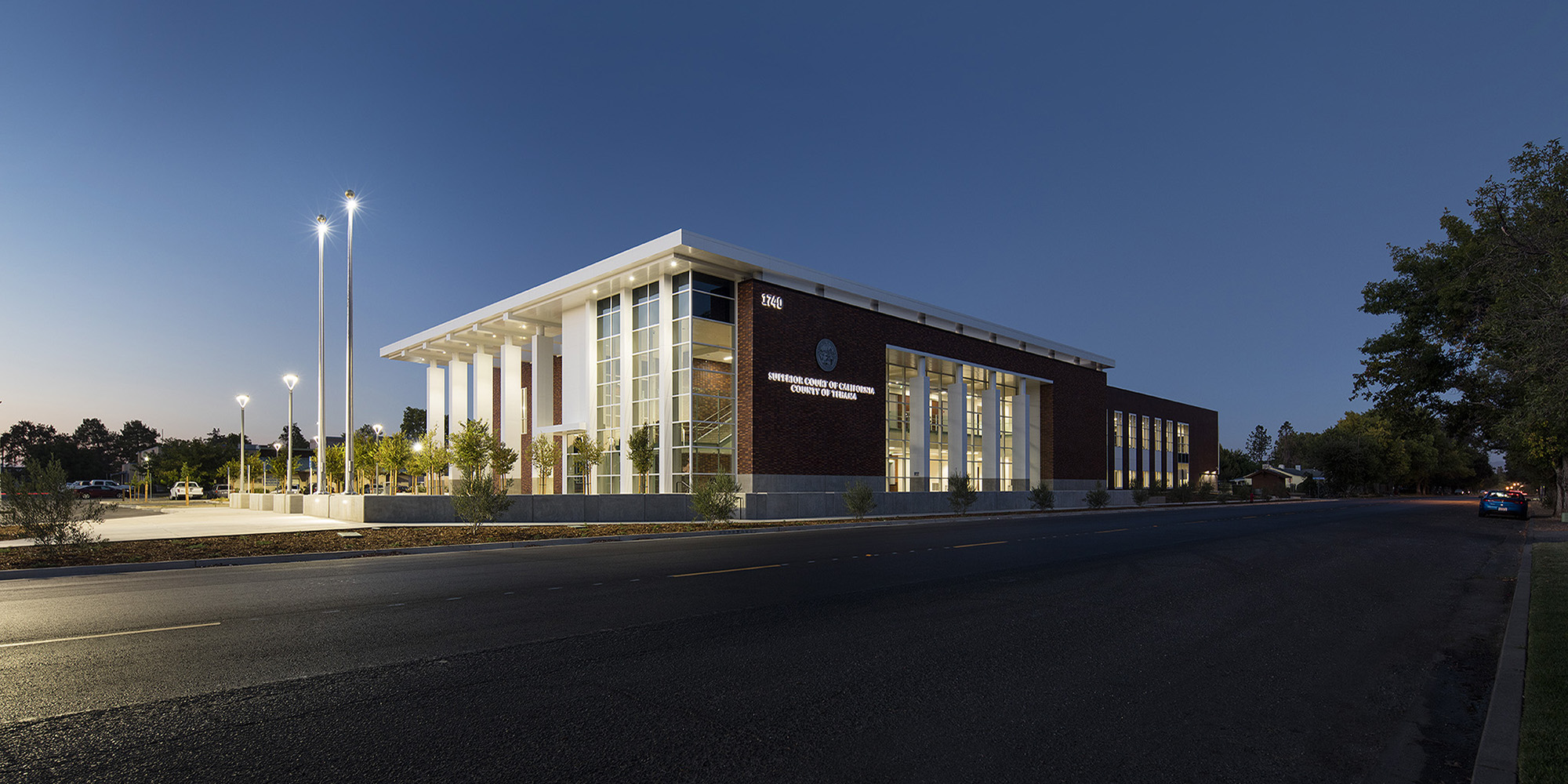 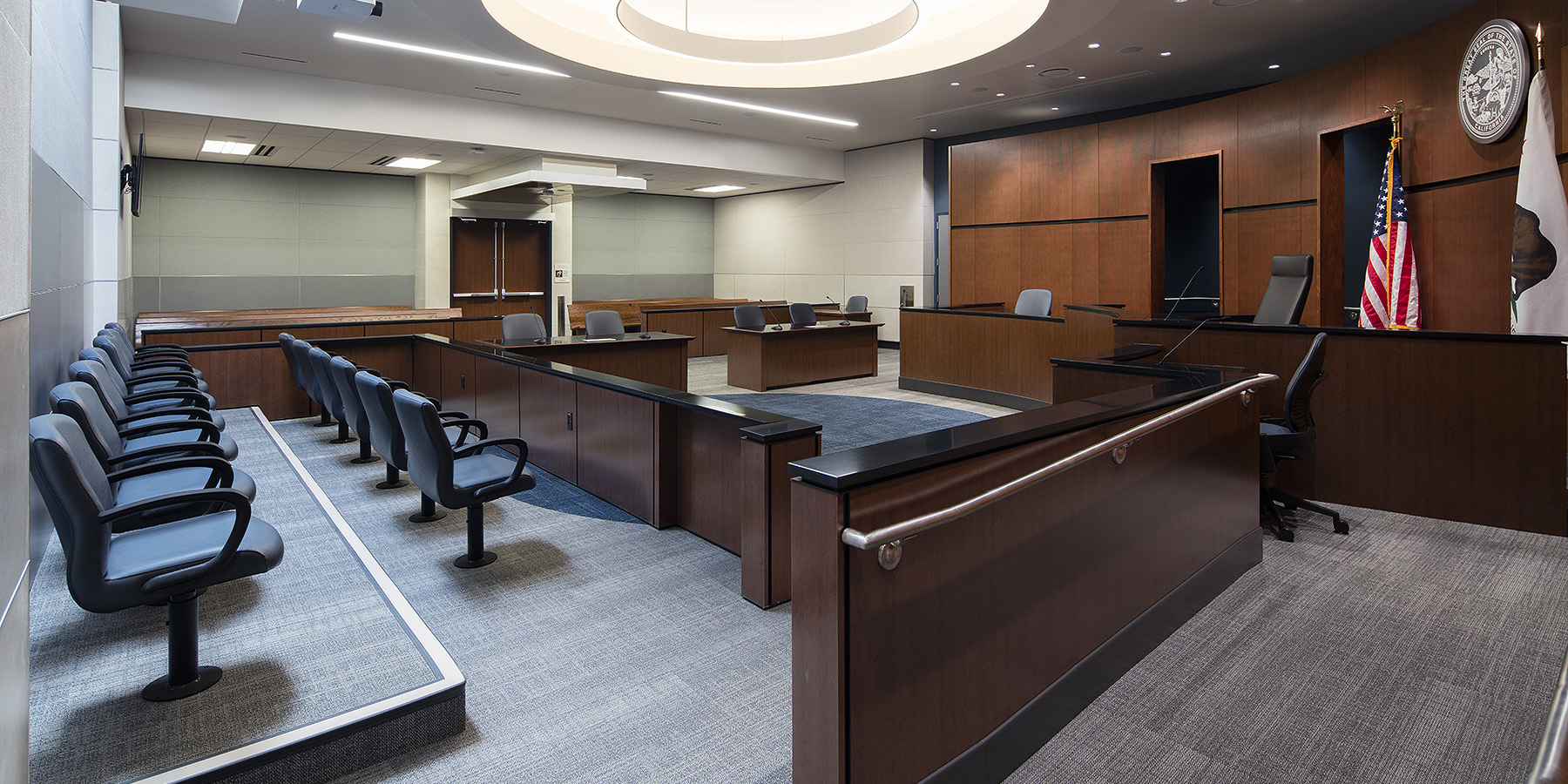 Tehama County's new courthouse received the highest priority funding because of major security concerns at the old facilities, some of which did not have metal detectors and X-ray machines for security screening. In addition, in-custody detainees sat in the jury boxes for hearings leading up to their trial, within close proximity to prosecutors. The new courthouse features in-custody detainee holding behind bulletproof glass, and secure hallways and elevators separate from the public.

Rudolph and Sletten constructed a full-scale courtroom mockup-which incorporated all major design elements, including ceiling planes and soffits with the use of colored layout string lines-one year in advance of the project breaking ground. This early mock-up-constructed in 1 week-was built to capture user modifications during completion of the construction documents. Through detailed reviews of the mock-up with the Tehama County judges and the project team, critical line-of-sight issues between the clerk's desk and the witness stand were discovered. The mock-up saved the project considerable re-work costs, either during or after installation, on expensive courtroom millwork.

“Thanks to the entire Rudolph and Sletten team for completing this project on schedule and under budget, while maintaining a high level of quality. Congratulations for a job well done.”