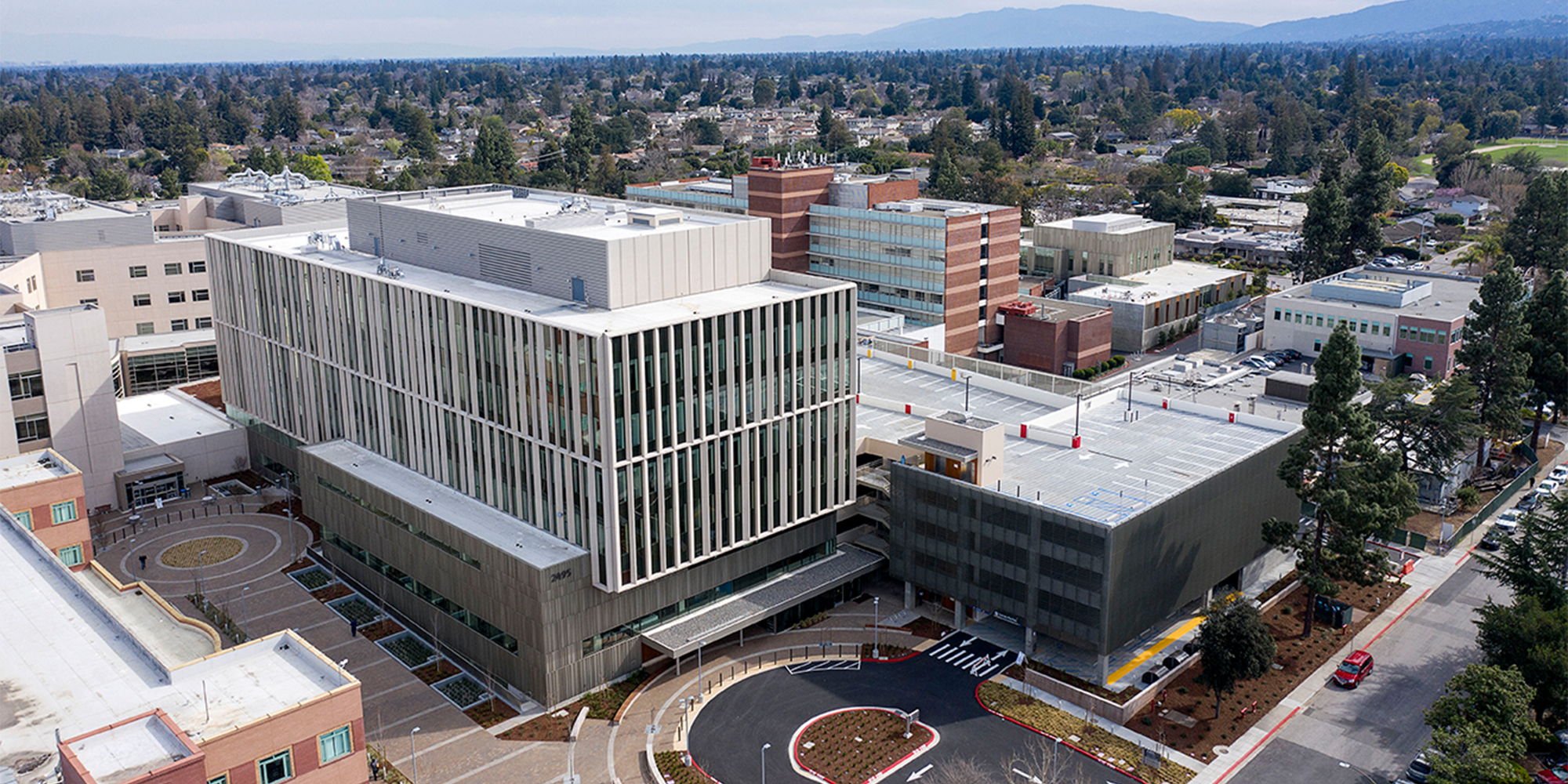 One of the main hospitals serving Silicon Valley, El Camino Health needed to expand to maintain their position as a leader in cutting edge healthcare technology and patient services.

The new Sobrato Pavilion (formerly known as the integrated medical office building) will be prepared to stay ahead of the competition for years to come. The seven-story, 265,000sf building sits on the main hospital campus, which is about equidistant between the Apple and Google headquarters. The building will ensure the hospital also remains a hotspot of innovation by attracting top talent to their workforce.

It’s home to state-of-the-art medical facilities, physician office space and an institute for medical innovation. It also includes a four-story parking addition and expanded services for cardiovascular, stroke, breast health and other care.

Rudolph and Sletten, the construction manager and general contractor on the project, is no stranger to innovation. It leaned heavily on its familiarity with hospital projects—and with El Camino Health in particular—to navigate this complicated project toward (and prepare the hospital for) the future.
Relying on experience

Back in 2009, Rudolph and Sletten broke ground on the campus with the construction of the New Main Hospital. So R&S was a natural fit to continue working on a campus it already knew well, especially considering that the new Sobrato Pavilion connected into the New Main Hospital on two sides.

“The relationship between El Camino’s Facilities Development team and Rudolph and Sletten runs deep,” R&S Vice President, Operations Bill Drury said. “This project was another testament to our teams’ commitment to excellence. Having an owner like El Camino who truly appreciates our passion for building keeps us wanting to go the extra mile each and every day.”

The Sobrato Pavilion helps support the work of the New Main Hospital, so it makes sense that the same team would come back to finish the job. The expansion relied on having intimate knowledge of the campus and a close working relationship between R&S, the hospital and the architects from WRNS Studio—another longtime partner of R&S.

Continuing a tradition of innovation

Established in the 1950s as a district community hospital, El Camino Health has long been associated with the spirit of innovation that symbolizes Silicon Valley. It implemented the world’s first computer-aided medical information system, drawing international visitors. Today, the new facility continues that tradition of innovation.

The medical offices provide seamless transition from medical office space and outpatient services to the New Main Hospital. Roughly 33,000sf are dedicated to research into advances in medical devices. It also houses facilities focused on breast health and sleep study laboratories. The hospital system’s Centers of Excellence for heart and vascular, cancer and neurosciences as well as suites for orthoscopic, endoscopic and robotic surgery are all housed in this new building, which will reduce the need for overnight, inpatient stays.

The new building is designed to be highly flexible, to accommodate advances in healthcare into the future, and provide space for expanded partnerships with research institutions.

WRNS Studio was responsible for designing the building core and interiors for Levels G-3, and Brereton Architects handled the interior design of Levels 4-6. Rudolph and Sletten was brought aboard more than a year before the planned construction start, collaborating with the architects and El Camino Health very early on in the planning and design stage.
Early involvement and open communication lines between the teams ensured that all parties were keeping each other’s perspectives in mind.

R&S got key subcontractors involved early on, eliminating the need for design rework and optimizing the structure and skin design for cost and schedule efficiency.

This early collaboration also allowed R&S to create a master design, permitting, and construction schedule. This master schedule would be referenced in weekly meetings, keeping the team focused on the long-term picture and helping determine priorities.
And through a collaborative software, Bluebeam Studio, R&S and the owner could add comments to the drawings/specs as they were issued and the design team could respond directly, cutting down on back and forth.

Building in a complicated environment

It was also necessary to coordinate closely with the flow of normal hospital business all around the site.

Demolishing the North Addition building and constructing this new facility connected to the New Main Hospital building—while not interrupting the work occurring in and around New Main Hospital—raised many challenges throughout the course of the project. Chief among them was avoiding disruption of a network of utility lines that routed through underground structures, the lifelines of the New Main Hospital and the Women’s Hospital to the north.

The new Sobrato Pavilion had to be stitched in seamlessly with the existing hospital building. The new building is physically connected to the New Main Hospital on two sides and three floors, and the first floor of the new building wraps around a central courtyard, completing a high-profile concourse through the new and existing building, where high-end finishes were sourced from all over to match the existing finishes and have it appear as though it was all built at the same time. Through surveys during preconstruction, differences in elevation between tie-in points to existing structures were identified early on and accommodated in the design to prevent any stepping or sloping in the transitions between the new and existing buildings.

In the end, the new building and parking structure were constructed with little to no interruption to the existing operations around campus. Completed ahead of schedule and under budget, it promises to allow for continued innovation and life-saving care for years to come.