Rudolph and Sletten, Inc. today announced the recent hire of new General Counsel and the promotion of three Senior Executives to the position of Vice President. 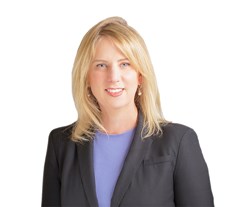 As Vice President and General Counsel, Marian Selvaggio is responsible for reviewing and negotiating all owner contracts, advising Rudolph and Sletten’s management regarding legal issues, and interacting and acting as a liaison between outside counsel and company management.

Marian has practiced law for 15 years, focusing on construction law. She has experience representing construction companies in all aspects of compliance and litigation, including advising in perfecting contractual positions, resolving disputes during all phases in the start-up and performance of major public and private construction projects, and providing labor and employment advice.

Marian is committed to green building design, construction, and operations, as evidenced by her LEED Green Associate credential. Marian was also the architect of an initiative directed at networking women in the construction industry and was recognized for her efforts as a “Woman Making a Difference” by the Los Angeles Business Journal. 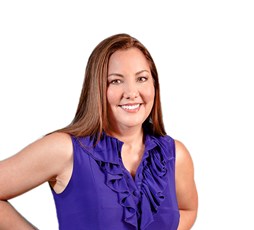 In her role as Vice President of Business Development, Dianna Wright will be responsible for all aspects of business development including marketing and corporate communications oversight. Dianna, a 23-year veteran at Rudolph and Sletten, formerly served as Senior Business Development Executive for the Northern California Region.

As a senior executive with nearly 30 years of diverse experience in the construction industry, Dianna is responsible for securing new business and fostering relationships throughout Northern California that align with the objectives and strategies in support of Rudolph and Sletten’s overall corporate goals. Her commitment to establishing strong business development practices and policies at Rudolph and Sletten has had a positive and measurable impact on the company’s growth.

Dianna graduated from UC Irvine with a B.S. degree in Social Ecology and Psychology. She is actively involved in several industry and philanthropic organizations, including Rudolph and Sletten’s leadership in the American Heart Association “Hard Hats with Heart” Campaign, CoreNet Global, International Society for Pharmaceutical Engineering (ISPE), Design-Build Institute of America (DBIA), Society for College and University Planning (SCUP) and Women in Construction Operations (WiOPS). On a personal level she is active with CASA of San Mateo County (Court Appointed Special Advocate) where she mentors children in the foster care system. 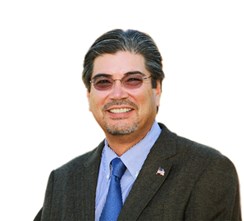 Rudolph and Sletten is expanding its operations in the Silicon Valley through the promotion of John Elwood to Vice President of Operations. John, with 40 years of Bay Area industry expertise, will focus his energy on business development opportunities in the South Bay Area.

A testament to his character, John has committed and maintained involvement with many philanthropic organizations in Silicon Valley including the Mission City Community Fund, Boy Scouts of America, Santa Clara County Construction Careers Association (S4CA), and Santa Clara Rotary. He also serves on the advisory board for the School of Engineering & Construction Management at CSU East Bay. 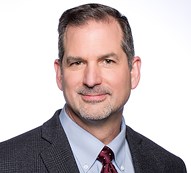 As Vice President and Director of Healthcare, Jeff Russell will focus his efforts on business development throughout California, in addition to his continued leadership on current large scale medical projects for Kaiser and Sutter.

As a 21-year veteran of Rudolph and Sletten, Jeff has worked on and been the executive in charge of large scale medical projects for clients including Kaiser, Sutter, Dignity Health, Stanford, UC San Francisco and UC Davis Medical Center.

Jeff holds a B.A. in Architecture from the University of Notre Dame, spent five years as a US Air Force officer, and is a California licensed architect and a LEED Accredited Professional.